Trying to understand the positions in Ice Hockey?
Wondering which position you or your kid should play?
Below is a guide about the ice hockey positions with a diagram and their responsibilities, roles, required skills and famous players. 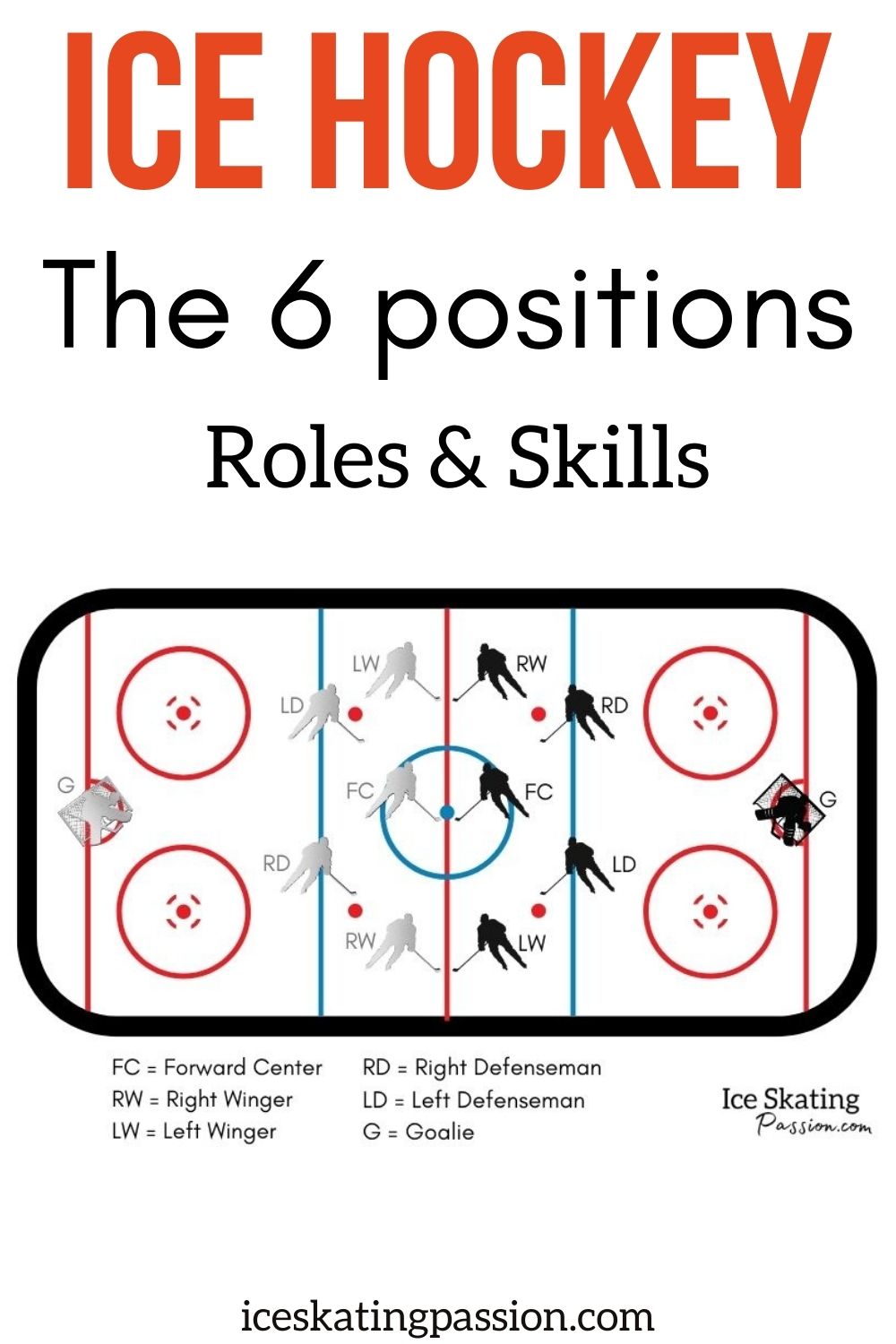 This article contains affiliate links. If you purchase using my link, I get a commission at no extra cost to you (more info here).

The positions in Ice Hockey - Introduction

What are all the positions in hockey?

There are 3 lines of players in ice hockey:

They initially stand in their allotted position like, defense or forward but then can move anywhere. However, the goalie can't cross the red line.
Unlimited substitutions are allowed anytime.

In this article, I will explain each position in detail: role, skills, body-types, famous players...

Are the hockey positions the same in NHL as other leagues?

Yes, for all leagues the ice hockey positions are the same. How many hockey players are on the ice? How many on a team?

On the ice at the same time, each team is allowed 6 players.
However, the team members rotate on the ice.

In other leagues and recreational hockey, teams are typically smaller (e.g. 9 forwards, 4 defensemen, 1 or 2 goalies).

Below is an image: Diagram for you to better understand the starting positions of each player for both teams: 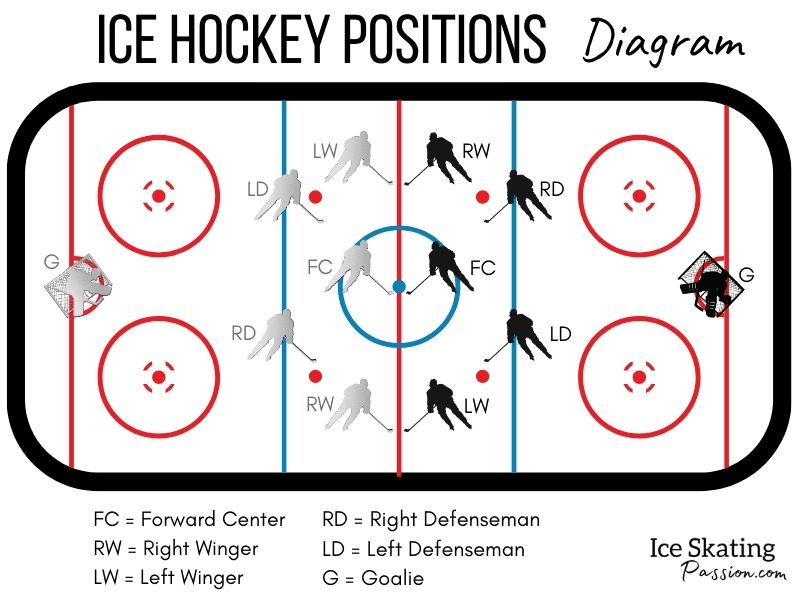 In the next sections, I explain into more details the roles and rules applicable for each of those positions. The Forward Center is on the offense line in the middle.
Centers have the most ice area to cover: the whole middle of the ice, from the front of their net, to the blue line and to the faceoff dot.

Skills are more important that body types.
Forwards are often shorter than defensemen. However, centers are often bigger than Wingers.

The center is often considered as the quarterback of ice hockey.
He normally: Due to their large area to cover and responsibilities, the skills for centers are mainly:

The NHL draft, a highly skilled center is always the most desirable player.
Some of the most famous players were centers with great passing skills and scoring abilities. 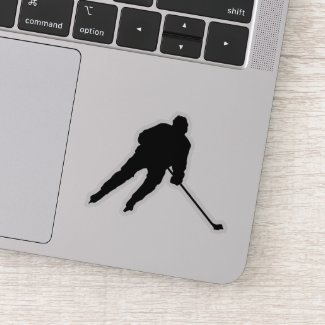 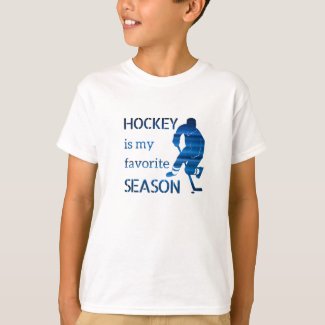 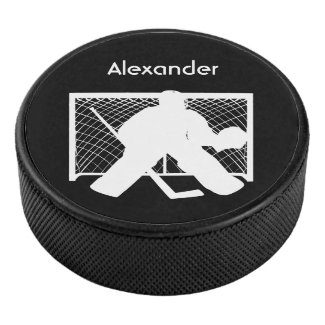 The left and right wings or wingers have similar roles. They are forwards. They are positioned on the left and right side of the center on the offense line.
While in offense, their area ranges from the center of the faceoff circle to the corner in front of the goalie opposite them.
Their side is often determined by if they are left or right-handed but there are exceptions. Most players prefer having their dominant hand towards the boards closest to them (when facing in offense), to better control the puck.

There are no specific body types. Different physique can bring different advantages: being better at taking hit and keep going or being smaller and faster.
However generally speaking, these are often the positions with smaller players.

The main objectives of a winger are: Based on those responsibilities, the most important skills for a winger are:

But this is the position where you can find the greatest variety of player types and skills depending on what the game needs: Grinder, Sniper, Enforcer, Power... (See player types further down in the article) 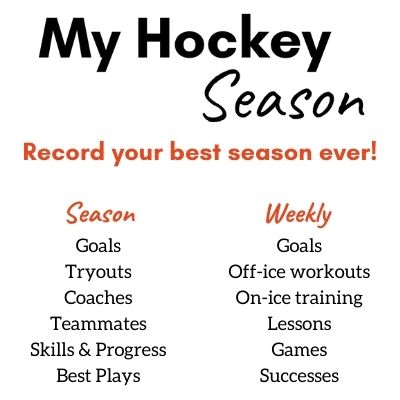 Defensemen tend to be bigger than the other players on the ice. They benefit from height and long arms.

Both defensemen are responsible for helping protect the net by:

The defensemen are less involved in offense but are here as a second line to take slap shots and stop the puck from leaving the offensive zone. The most important skills of defensemen are: 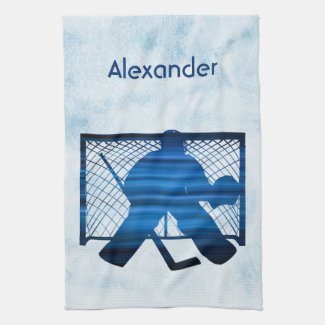 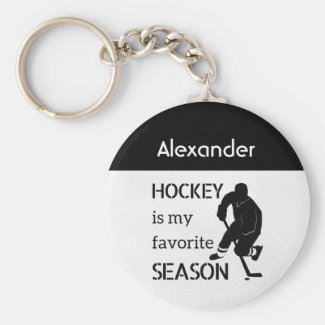 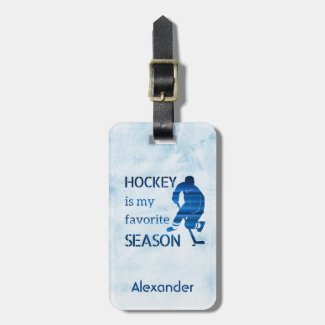 This one is kind of obvious. LOL.
The goalie is positioned in front of the team's goal. He/she does not move much, mostly staying in front of it.
The goaltender wears different gear than that of the other players to have more protection and to catch the puck (for example, the goalie glove as a net - read more). But he can also personalize this gear, and some goalies are famous for designs on their helmets or overall look.

There are successful goalies with a variety of sizes. Bigger skaters often cover more of the goal with their frame but can be slower or less agile.
However scouts often look for bigger goalies.

The main objective of the goalies is to stop pucks from entering the goal, when shot by the opposite team (flying over 100mph in the NHL).
They can use any means possible. They can use any part of their body.

The goaltender is the only player on the ice that does not stop playing and switch with other teammates (unless injured). He/she stays put for the entire game. The most important skills for goalies are:

On top of hockey positions, you can also categorize players into different types.
Some types are specific to certain positions, while others can be played by several.
They depend on the skillsets, the body types and where they play. 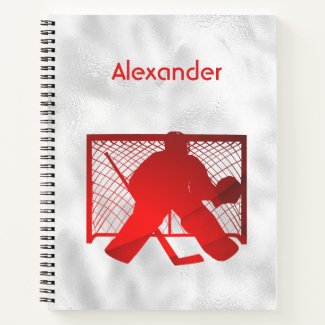 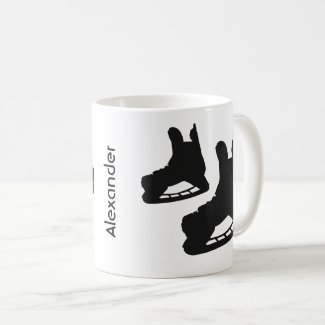 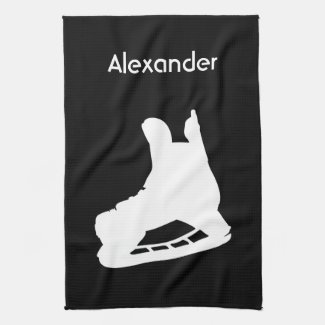 What is the most important position in hockey?

There are only 6 players on the ice, so everyone is important and essential. Some are focused on offense, when others are focused on defense.
The Forward Center is often considered the "top position" by popularity, because he/she often leads the game.
But you cannot win a game with a goalie that let all the goals in, if your defensemen don't block anyone and if your wingers can't score.

What is the most dangerous position in hockey?

Goaltender is the most dangerous position in hockey.
This is the player that is always targeted by the puck and towards whom the puck flies the fastest.
There is a saying: "I am a goalie mom. Nothing scares me". 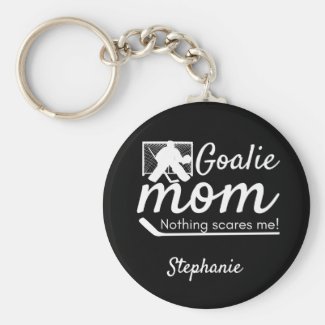 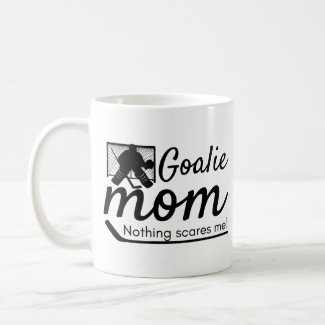 What is the most difficult position to play in hockey?

Most people agree that the most difficult hockey position is the goaltender. It requires a lot of anticipation, focus and a capacity to get back in the game quickly.

Which ice hockey position scores the most?

Overall, the hockey players scoring the most goals are the Left and Right Wingers.

Which position should I (or my kid) play in hockey?

Don't start playing hockey with a specific position in mind. Your idol may be playing it, but it does not mean you are best suited for it.
New hockey players (children or adults) should try to play in every position as much as possible to familiarize themselves with the positioning and team participation.
All stickhandling skills are transferable to all positions anyway.

Then as the team and players evolve, there will be a situation pattern that will emerge and some players will feel more comfortable and efficient in some positions.
This is often due to:

Whatever position you end up playing, il will require dedication, hard work and team work to enjoy a great season!

30+ Best Ice Hockey Coach gift ideas (to personalize or not)