This tiny black piece of rubber can go so fast and make people crazy... the answer is the hockey puck!
Below is an article to learn about it: If you’ve ever watched an ice hockey game then you know there’s no ball.
Ice hockey uses a strange little black object. It is called a puck (see further in the article to understand the name).
Hockey players fight for it, handle it with sticks and try to get it across the rink into the net, past the goalie.

But how did we end up playing hockey like this? What did hockey players use before the puck?

According to legends, the first hockey players were playing with pieces of frozen cow dung as pucks. However, there is no proof.
Other early versions were probably made out of pieces of wood and stones.

The first ice hockey puck: who invented it?

In the late 1800' and early 1900's, they tried improving it to make it slide on the ice. Rubber was used as a coating.
Some were 2 pieces of rubber glued together, but they did not last long.

Finally, a new method was developed in Europe to create flat balls: a flat piece of wood with a coat of vulcanized rubber.
It is believed to have been the inspiration for the modern sport. However, there are no pictures or evidences. Evolution of the hockey puck - standardization and the Foxtrack

The modern puck design dates back to around 1940. Pucks were then made in factories. It was a mix of rubber and bonding materials as well as carbon black. The mix was shaped, cut and cured in an oven. Therefore, they were kind of standardized for consistent play and to facilitate the manufacturing.

The NHL standardised the puck to be used for the league in the early 1990's.

At the same time, television wanted to improve the visibility of the puck.
The first trial was the Firepuck with reflective materials, but it stopped being used.

In 1995/96, the "Fox track smart puck" was developed. It contains electronics to track its position, allowing the tv to trace the path across the ice with a blue halo (or red/green when shot at different speeds). The viewer could track the movement of the puck more easily.
Fox television started using them in 1996. Material - what is a hockey puck made of?

Have you ever watched a game and wondered what a hockey puck is made of? Well....

Hockey pucks are all made of vulcanized rubber (similar to tires). This material:

Vulcanization is a chemical treatment. Sulfur or other chemicals are used to alter the physical properties of rubber. This way you keep the positive: the resistance to rust, corrosion and elasticity, but you fix the softness and elasticity of the unmodified rubber. Learn more about vulcanization here. Since the 1990s, the NHL has defined standardized dimensions for the puck (and they are listed in the USA rule book - rule 306):

Other sizes and weight can be used for

Practice or decorative pucks can be found with logos and in other colors. 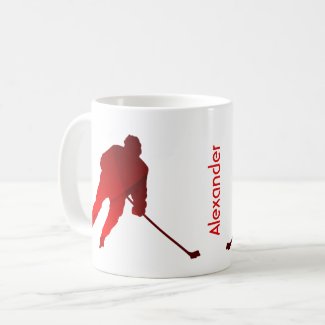 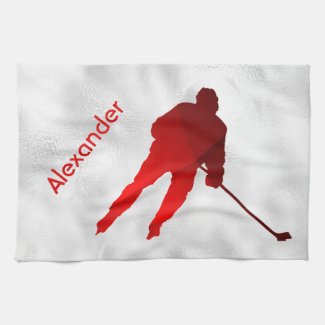 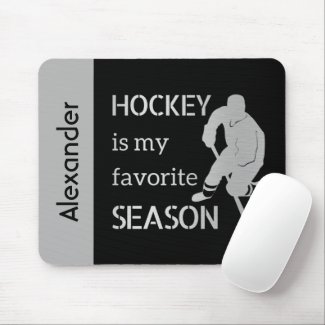 How are regulation pucks made?

NHL games hockey puck can only be made by approved manufacturers.
So far, the major manufacturers have been approved in:  USA, Canada, Russia, China, Czech Republic and Slovakia.

The famous puck brands are: The main steps are:

Official pucks are inspected to make sure that:

Pucks that fail are recycled. 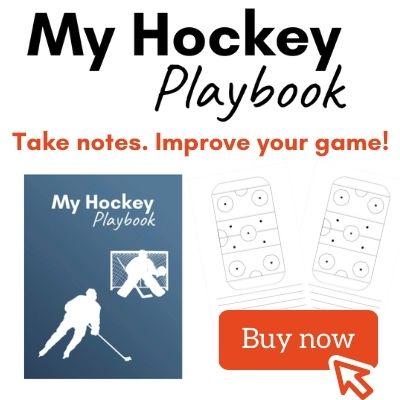 Average speed of the hockey puck

During a hockey game, a puck generally reaches speed of 100 miles per hours (161 km/h).

However, recordings that are official or not have shown speeds of 114 and even 118 mph.

They go really fast! Which is why protective equipment, including mouthguards, are essentials. 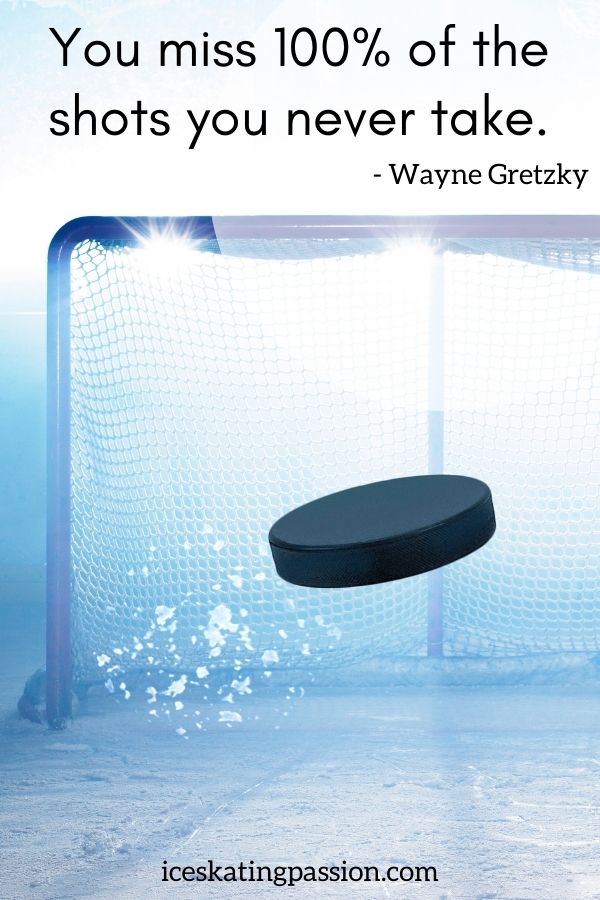 Pucks are frozen before a hockey game

For NHL games, pucks have to be stored at 14°F (-10°C) before being used in a game.
As discussed in the description before, the rubber is bouncy. By freezing it, it prevents the bounce and they become easier to control.
They are stored in a freezer. Pucks are rotated.

How many pucks are used during an NHL game?

To keep that temperature, pucks must be changed regularly with fresh ones from the freezer.
An average NHL game uses over a dozen pucks, sometimes a lot more.

New technology makes the lettering change color based on temperature. This alerts the officials that it is time to change the puck.

Sometimes the puck flies and ends up in strange places! This was the case of Alexander Wennberg, a Swedish player. The puck got lodged in his trousers, so he skated to the goal and squatted to make it fall (the use of hands is not allowed). The goal actually counted.

About the word puck

Why is it called a puck?

The origin of the work puck is not clear. (oxford states "unknown origin")
The various suggestions are:

A hockey puck is also referred to as a "biscuit".

Hockey puck in other languages - how is it called

To play, practice or decorate a room, you can choose a hockey puck to personalize (other colors in my shop).
It makes a great gift for a hockey fan or a hockey player gift. 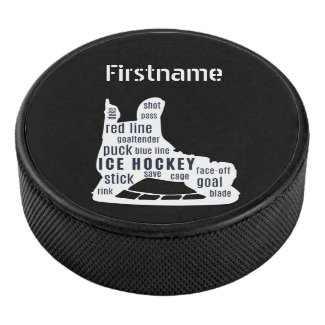 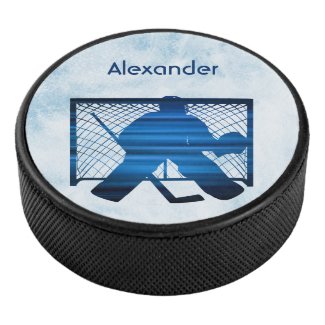 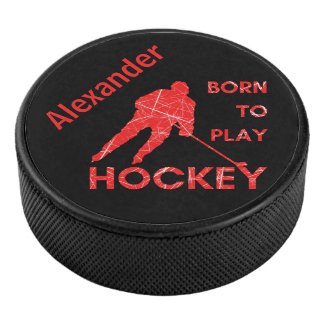 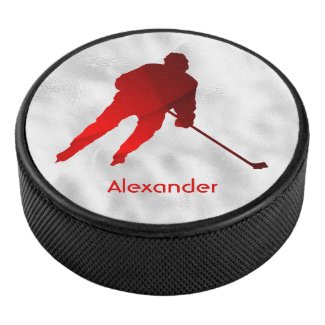 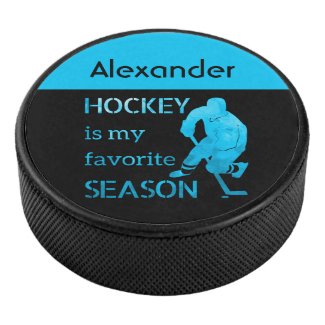 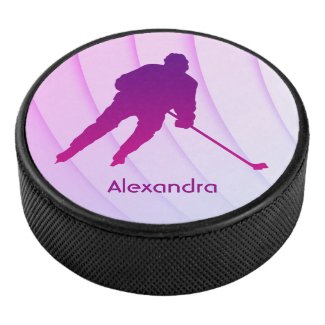 And if you know someone who is fan of a specific hockey team, you can also offer the NHL official team hockey puck. See all the available teams HERE.

Get the Pittsburgh Penguins puck

Get it the Detroit Red Wings puck

Get the New York Rangers puck

You can practice handling pucks at home. Check out my tips on choosing your hockey shooting pad.

Other protective gear to get for hockey players:

And if you want to work out off ice: