Want to understand what speed skating is? Below is an introduction to the sport including the various disciplines of short track, long track and pursuit. The basis to better appreciate this racing competitive Olympic sport. Back to all speed skating articles

What is speed skating?

Speed Skating is a competitive form of ice skating within an oval or circuitous track - the goal is to complete the circuit in the fastest time possible.
There are two lanes – inner and outer. Swapping of lanes occurs several times. This enables each competitor to cover the same distance. Sometimes, there is a confrontation at a corner. The person on the outside lane has right-of-way.

How fast do they go?

The average speed is 30 miles per hour (48km/h). However, participants in the Winter Olympics managed 31 miles per hour (50km/h).
The short track is an oval one. It covers 111.2 meters (365ft). Competitors have to conduct rapid, sharp turns.

Therefore, even if right now it is not the most popular of the ice skating sports, it is a very impressive one. Essentials to win a race In fact, ice skating began over 1000 years ago! The credit goes to the Scandinavians and the Dutch, specifically. The lakes, rivers and canals of Northern Europe would freeze over during winter. The natives would affix bones to their footwear and travel over them.

King Eystein I (Eystein Magnusson) of Norway loved traveling on ice legs too and enjoyed racing.
And, in 1592, a Scotsman gave a new definition to the sport of skating. He created a skate possessing an iron blade. The blade helped the user to traverse with speed.

The Skating Club of Edinburgh came into being in 1642.
The sport became a competitive one in 1763. Wisbech on the Fens, England, hosted a global ice speed skating race for men.

Women entered the competition arena only in February 1805. The location was Heerenveen in The Netherlands. Trijntje Pieters Westra was the winner. By the middle of the 19th century, the sport became popular in the US and in Norway. The U.S. had developed an all-blade steel.
The next exciting event was the world championship in 1889, in The Netherlands.
Just a few years after, in 1892, the International Skating Union (ISU) was created in The Netherlands, including speed skating.

Short track speed skating made an entry in 1992.

Timing was an issue before the 1960s. The arrival of electronic timers resolved the issue.

Find great gifts for yourself and your speed skating friends! 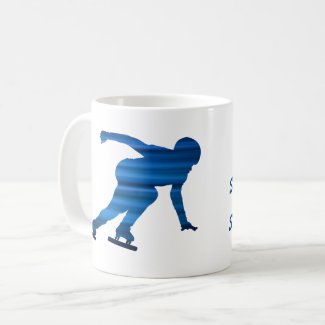 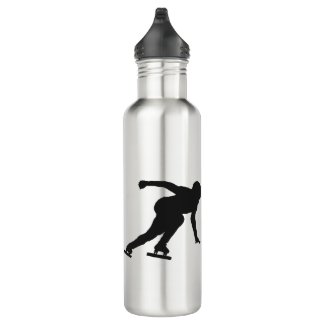 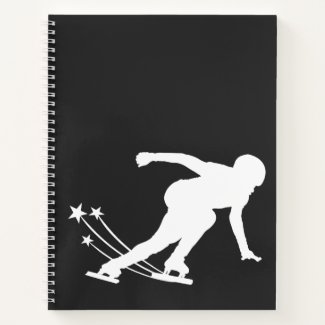 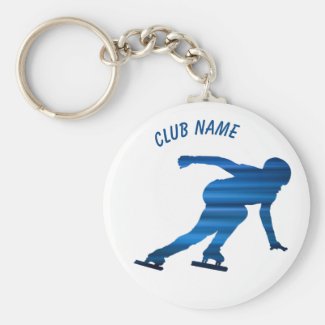 Ice speed skating does not go in for heats or final races.

The event begins straightaway, with a simple rule. He/she, who touches the finish line, first, wins the race.
Sometimes it is against each other, sometimes it is the clock defining the results over several races.

Ice speed skates resemble shoes, with cuts at the ankles (different from figure skates and hockey skates). This permits greater ankle compression. Furthermore, the blades tend to be anywhere between 30-45 cm. Adjustments are in alignment with height and age. Competitors require protection against the cold. Comfort is another issue. The suits must enable high-speed travel. It is why the suits are skintight in nature. They permit low air resistance. Kevlar provides additional protection.

It is compulsory for every ice speed skater to wear a special Kevlar suit. Its design provides protection against the opponent’s blade.
Other protective measures include – Once the kid shows interest for racing and speed rather than jumping or playing with the puck, then speed skating should be considered.
Check if there is a club at the nearby rink, they will help you with the equipment needed and the training schedule.

Speed skating is a great sport to develop:

Some famous US speed skaters include: